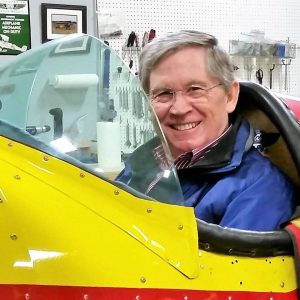 A private pilot since 1972 and an EAA members since 1974, Roger is the President of Corben Chapter 93 President, past President / Secretary of EAA Chapter 1389 in Middleton, and past President of IAC Chapter 78 and former members of EAA Chapter 25 & 237 in the Twin Cities. Now retired, Roger is an avid flyer and owns an Acroduster SA 750 biplane which he flies often, and previously owned a Cassutt IIIM formula-one racing plane.